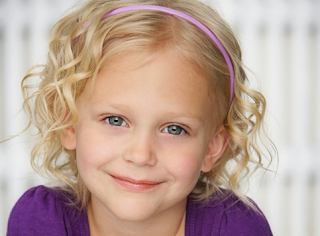 Alyvia Alyn Lind is returning to The Young and the Restless as Faith Newman, Nick and Sharon's daughter. Lind played Faith before McKenna Grace stepped in last summer.

Grace has been cast in a movie called Russellmania and will be shooting in Vancouver. She will last air on May 29.

Alyvia (or "Aly") has played a young Emily Thorne in Revenge, and can be seen in Blended, starring Drew Barrymore and Adam Sandler, which opened on Friday.

Aly will make her return appearance on Y&R as Faith on June 26.

UPDATE (December 14):
McKenna Grace returns to the role of Faith on Christmas Day.