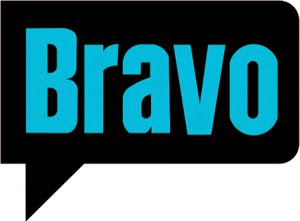 NEW YORK - May 21, 2014 - Ladies and gentlemen, boys and girls, join Bravo Media for the launch of the fifth-annual "Summer by Bravo," a multi-platform promotional campaign celebrating the network's upcoming original programming. This year's innovative campaign, which premiered last night, features over 35 Bravolebrities, who are starring in a three-ring circus - Bravo style - all set to "Can You Do This," Aloe Blacc's song from his album "Lift Your Spirit." There will be five additional spots that will roll out over the course of the summer.

Fans can visit the Bravo Big Top at: http://www.bravotv.com/summer-by-bravo-2012/season-4/videos/welcome-to-bravo-s-big-top.

"The Summer by Bravo campaign is a unique and playful way to get our viewers excited about our content-packed summer of 130 new original hours," said Amy Troiano, Senior Vice President, Creative and Brand Strategy, Bravo Media. "Aloe Blacc's single is the perfect pairing as we 'Bravo-fy' a three-ring circus, with our Bravolebrities as the performers."

Bravo fans can also watch the spot on mobile at BravoTV.com, along with exclusive behind-the-scenes photos and videos to see how our Bravolebrities adapted to Circus life at: www.bravotv.com/summer-by-bravo

Stun Creative, a Los Angeles based advertising agency and production company, produced and shot the 2014 "Summer by Bravo" promotional campaign in collaboration with the Bravo On-Air Promotion department.

Aloe Blacc released his major-label debut album Lift Your Spirit March 11th on XIX Recordings/Interscope Records where is debuted at #4 on the Billboard Top 200 chart. The set follows up Blacc's collaboration as vocalist and co-writer on well-known DJ/producer Avicii's track "Wake Me Up," a song that hit the Top 5 on the Billboard Hot 100 and #1 on its Hot Dance Club Songs and Dance/Electronic Songs charts, as well as topping charts in more than 100 countries. Blacc's single "The Man" topped the charts and with more than 2.2 million singles sold. Blacc will be touring the U.S. this summer with Bruno Mars. To learn more about Aloe Blacc, visit www.aloeblacc.com and follow him on Twitter (@aloeblacc).