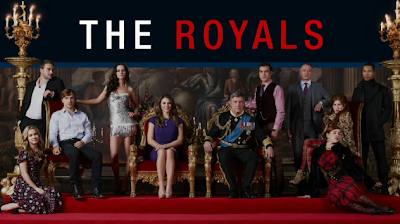 The Royals is centered around a fictional British royal family set in modern day London and will focus on their extravagant lifestyle, regal traditions and life under public scrutiny.

From lavish parties and politics to forbidden romances and family secrets, the drama is as decadent as one could imagine, proving that being born into their elite world comes at a cost.

E! is offering viewers sneak peek footage of the hour-long drama, which is the network's first-ever scripted television series. Watch it below:

Elizabeth Hurley will star as the queen, along with an ensemble cast that includes Vincent Regan, William Moseley and Alexandra Park. Elizabeth, William and Alexandra attended the NBCU Cable Upfront to represent the series, which goes into production next month.

Lionsgate is producing the series, which will debut sometime in early 2015. Watch the above clip to get a first look at the upcoming first season of The Royals.