'The Bold and the Beautiful' To Shoot Wedding Episodes in Monaco June 9 & 10; Ashleigh Brewer Joins the Cast 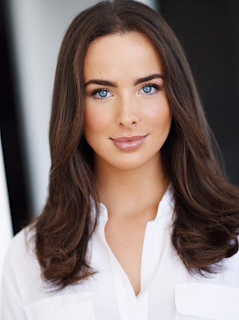 The Bold and the Beautiful has received its ninth consecutive nomination for the Monte Carlo Television Festival’s International TV Audience Awards in the "Telenovela/Soap Opera" category, the festival and Mediamétrie/Eurodata Worldwide announced today. Winning this award for the last eight years, The Bold and the Beautiful remains the most watched series in the world, in its genre.

In addition, the series announces today that Australian actress Ashleigh Brewer (Neighbors) has been cast in the newly created role of Ivy Forrester, niece of series patriarch "Eric Forrester" (John McCook). "We are thrilled to introduce Ashleigh at the festival, whose poise and talent are already well known in Australia and the UK," says Bell. "‘Ivy’ is the daughter of Eric’s younger brother, ‘John Forrester’, who has been living in Sydney. A young, worldly designer, ‘Ivy’ is brought in to work on the new Hope for the Future jewelry line. It won’t be long before she finds herself deeply entangled in the lives and loves of our younger generation." Brewer will make her first appearance on the series in the U.S. in early July.

The Ninth Annual TV Audience Awards category honors the programs that garnered the highest number of viewers worldwide in 2013 across five continents. The nominees were pre-selected among the 15 best-performing foreign fiction programs in 66 countries. The winners will be revealed at the 54th Golden Nymph Awards Ceremony on Wednesday, June 11th, at the Grimaldi Forum in Monaco, and Executive Producer and Head Writer Bradley Bell will be in attendance.

"This year’s festival is packed with excitement. At the press conference on Sunday, June 8th, we will make a surprise announcement. We will film a spectacular wedding at the most romantic spot in Monaco," says Bell. "Thanks to the ratings data provided by Médiamétrie that led to past wins at the Golden Nymph Awards, Guinness World Records® has acknowledged that The Bold and the Beautiful is currently the world’s most popular daytime TV soap. We are thankful to H.S.H. Prince Albert II for hosting the festivities and we are honored to be included once again in such a lovely event."

The Monte Carlo Television Festival (www.tvfestival.com) is hosted under the Honorary Presidency of H.S.H. Prince Albert II of Monaco and includes press events, a jury competition and awards, premiere screenings, glamorous receptions and parties hosted by the major networks and studios. More than 200 journalists and many creative forces in the industry from around the world will be present.