'The Lottery' Premieres July 20 on Lifetime: The Next Endangered Species Is Us 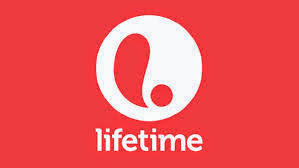 Set within a dystopian future driven by a global fertility crisis, The Lottery reveals a world staring down the barrel of impending extinction as women have mysteriously stopped bearing children. After years of research, Dr. Alison Lennon (Shelton) and her team remarkably fertilize 100 embryos. However, her victory is short-lived when the Director of the U.S. Fertility Commission, Darius Hayes (Donovan), takes government control of the lab and informs the President (Vasquez) of the monumental scientific breakthrough.

To determine which women will carry the prized embryos to term, Chief of Staff Vanessa Keller (Karkanis) convinces the President to hold a national lottery and a battle over the control of the 100 embryos begins. Michael Graziadei stars as Kyle, a recovering alcoholic and single father of one of the last children born in the country, while David Alpay stars as James, Alison's colleague and lab assistant. Shelley Conn portrays Gabrielle, the First Lady of the United States.

The Lottery is written by Timothy J. Sexton (Children of Men), who also serves as executive producer alongside Rick Eid (Hostages) and Dawn Olmstead (Prison Break). Danny Cannon (CSI) directed and executive produced the pilot, which is from Grady Girl Productions in association with Warner Horizon Television. Ten one-hour episodes have been ordered for this season.