Watch Steve Burton's Appearance on Nashville's 'Talk of the Town' - "Who's Your Daddy?" Secret Coming Soon on Y&R 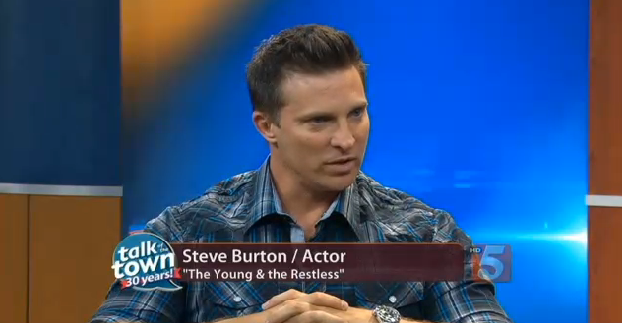 Steve Burton, who plays Dylan McAvoy on CBS soap opera The Young and the Restless, was a guest Monday on local Nashville talk show, Talk of the Town.

"There' a big secret coming out in the next couple of weeks," Burton revealed about what's ahead on Y&R. "It's going to shake up Genoa City. It's a Who's Your Daddy secret. It's going to put a wrench in a lot of things so we're excited."

Our guess: Dylan is really Paul's son and not Ian Ward's.

Watch Burton's segment on Talk of the Town below: