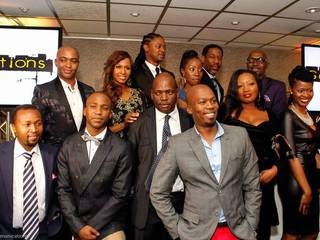 Popular South African soap opera Generations (not to be confused with the old NBC daytime soap with the same name in the United States) is facing an uncertain future after producers fired the star-studded cast this week after they went on strike for more pay. Sixteen actors had complained they were "struggling actors" while the production house and state broadcaster SABC raked in big profits.

Generations premiered in 1993, a year before the nation's first all-race elections ended apartheid, and now a whole generation is hooked on the soap, whose characters from the black South African middle class conspire and maneuver in the advertising world.

The African National Congress (ANC), the country's ruling party which took power the year after Generations debuted, made a statement urging the labor and communications ministers to find an amicable solution to the dispute at the country's "longest-running and much-loved soapie."

Nathi Mthethwa, the arts and culture minister, issued a similar appeal on Wednesday, saying the show had "contributed to the development and growth of South African talent and the film industry."

Despite the firings, the show will continue because "there were other actors before, there will be other actors in the future," executive producer Mfundi Vundla said in an interview with Radio 702, a South African news outlet.

Prerecorded episodes will run to October, Vundla said. Asked about the actors' grievances, he said that 12 cast members at Generations had been among the 20 highest-paid actors in South Africa.

Without providing details, the actors said they were actually paid below industry standards.

"We live in a country that is notorious for artists living and dying in a state of poverty, tragically, never managing to earn what is their due, despite being associated with a number of successful projects," the actors said in a statement before they were fired.