'The Xperiment' Premieres March 2 on BET, Hosted by Brandon Broady 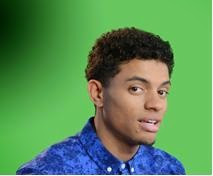 BET is launching The Xperiment on Monday, March 2 at 5 p.m. ET/PT.

Hosted by the incredible funnyman Brandon Broady and his mötley crüe of friends this game-changing and dope new show The Xperiment will showcase celebrity guests, parody fare, buzz-worthy viral clips, comedic sketches, man on the street segments, viewer participation, music and more LMAO moments -- pretty much anything that is sure to surface on your timeline! Go ahead get started in spamming all your friends’ social media accounts with #TheXperiment.

Brandon Broady has always been drawn to the world of entertainment (sports, music, movies, video games, etc). The Silver Spring, MD native has always loved being the center of attention and humoring others. Broady’s experience at Towson University further seasoned himself as an entertainer. He has appeared in productions like The Wire, Step Up, and Step Up 2: The Streets. Upon graduating from college, he was given an on-air position, web page, and segment during The Hometeam Show 6-8 p.m., M-F, which is called, Broady Beats Da Block, where he was the youngest person on-air in the entire market! In 2010, Broady decided to take his career to the next level and moved to Los Angeles, CA where he would pursue acting, comedy, and videography. He performed standup comedy at many popular spots including The Comedy Store, and began developing popular spoofs to songs under the name “Para-Deez”, of which he wrote and produced, and directed the accompanying videos for. Since then, Broady has been working with Donnell Rawlings (Chappelle’s Show) on many projects, and opened for him as a feature at the DC Improvisation Club. He has also opened for Cedric The Entertainer in Baltimore, MD. Now Brandon is the host of the new BET viral variety show The Xperiment.