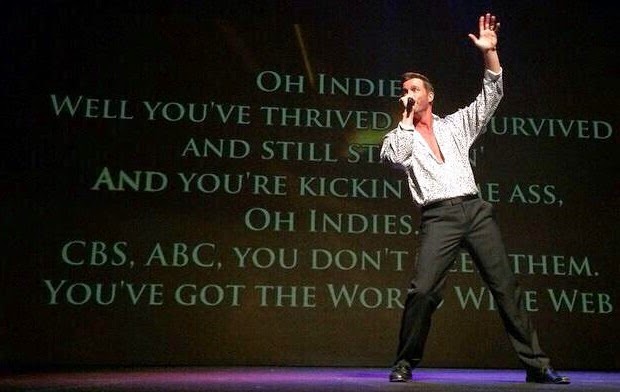 The 6th Annual Indie Series Awards ceremony was held on Wednesday, April 1st at the historic El Portal Theatre in Los Angeles, hosted by Emmy winner Eric Martsolf. The red carpet and ISAs were streamed live by WebVee Guide, in partnership with Happy Little Guillotine Studios. You can watch here.

Anonymous said…
Thank you to Roger Newcomb and Kevin Mulcahy Jr. for creating this outstanding and joyful awards ceremony to recognize all the talented nominees. :-)
Christine
April 2, 2015 at 10:12 PM