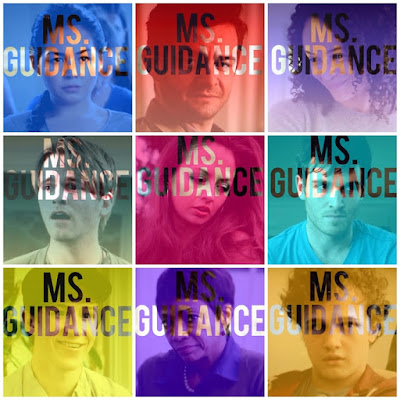 The Guidance Department is excited to announce their Kickstarter campaign to fund the final three episodes of a six episode first season of their new dark comedy, Ms. Guidance.

Created by three-time Emmy nominee Van Hansis and acclaimed downtown playwright James Ryan Caldwell, Ms. Guidance follows Jenny Bump, a struggling actress, who, after a nervous breakdown on the New York stage, returns to the performing arts boarding school she attended in
her youth to act as an interim guidance counselor. However, listening to the dreams and ambitions of her students only stokes the dying embers of her own, and soon Jenny is back to her old tricks, scheming for fame, and ruining lives (her own included) in the process.

Tonally, Hansis describes the show as "Strangers With Candy meets Anton Chekhov" noting that although the series is an entertaining “fast and dirty comedy”, underneath the humor is “that layer of life that a lot of artists- actually, a lot of anyone- feels all too deeply. It’s a feeling you carry along with you, but try to ignore- the feeling that what you have become is less then you were meant to be.”

Caldwell agrees, stating “Ms. Guidance is about much more than theater and drama kids and singing and dancing. It’s about the sense of uselessness when your skills and talent don’t materialize into a successful career. Its about what we do with the dregs of our dreams
– do we allow them to torment us, or do we shape them into something new? It’s about having the dreams of a teenager, when in reality, you are an adult.”

Having privately funded the first three episodes, Ms. Guidance shot almost entirely on location at Walnut Hill School for the Arts, Hansis’ alma matter, in Natick, Massachusetts last summer and is looking to the public to raise funds to finish the six episode season.