'Days of Our Lives' Freddie Smith Speaks Out! 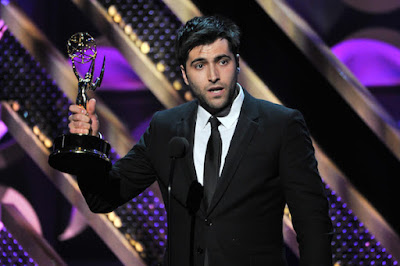 Freddie Smith aired for the last time yesterday on Days of Our Lives as Sonny Kiriakis, and the actor took to Facebook to reflect on his four year journey in the role. Salem won't be the same without Sonny, but just maybe he will be back someday. Take a look below to see what the popular actor had to say as he prepares for life away from DAYS.

This is CRAZY!!! Today is the last airing episode for Sonny Kiriakis! June 2011, "Sonny" made his debut in Salem as the first openly gay character on "Days of Our Lives."
I remember people being unsure how the audience would accept the character. With amazing writing and an incredible vision, "Days of Our Lives" and the creative team told a raw, uncut, passionate love story between two men who fell in love.
Will and Sonny became the POWER COUPLE known as WILSON! We were treated like every other couple on the show and the audience accepted us with open arms. I feel so blessed to have been a part of the equal rights movement over the past 4 years. I will never forget the journey I had as Jackson "Sonny" Kiriakis.
Thank you to all my friends, family, and fans for your support and love. I know Sonny will be missed, but I hear Salem always has their door open!