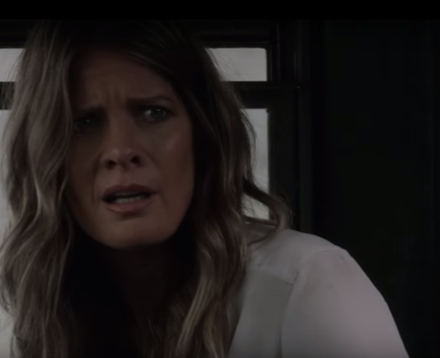 As a rogue planet roars through our solar system, it acts as an intergalactic magnet that pulls Earth in its wake. Meteors destroy major cities. Fire and ice storms engulf the land. Casualties are in the millions. And as the situation grows even worse, Steve Lannon (Lando) is determined to reunite with his wife (Stafford) and teenage daughter (Tontz). But when they stumble into a secret government installation, they'll uncover a nuclear mission that will either blast our planet back into orbit or guarantee front row seats to the end of the world.

Earthfall was written by Colin Reese and directed by Steven Daniels.