Jason Thompson Joins 'The Young and the Restless' as Billy Abbott 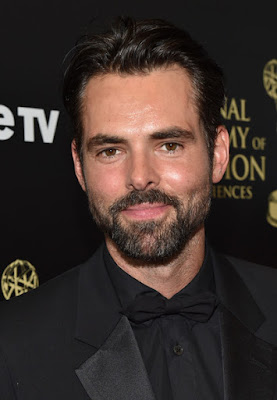 Entertainment Weekly is reporting that Jason Thompson is joining the cast of The Young and the Restless as Billy Abbott. He will replace Burgess Jenkins in the role. Thompson is said to first air in the role in January.

“I feel so lucky to have the opportunity to work with Jason again,” said executive producer Jill Farren Phelps, who previously served as an EP on General Hospital. “He’s an exceptional actor and a wonderful human being. He will bring so much to the character and we’re thrilled to welcome him to The Young and Restless family.”

“Jason Thompson is an incredibly gifted actor and we are thrilled to welcome him,” added CBS’ head of daytime Angelica McDaniel. “Playing the pivotal role of Billy Abbott, Jason joins the talented cast of The Young and the Restless as the show celebrates an unprecedented 27 consecutive years as daytime’s No. 1 drama."

Are you excited about this news soaps fans?  Sound off below!