'GH' Star Maurice Benard On The Corinthos Family: 'It is the best family on TV daytime or primetime' 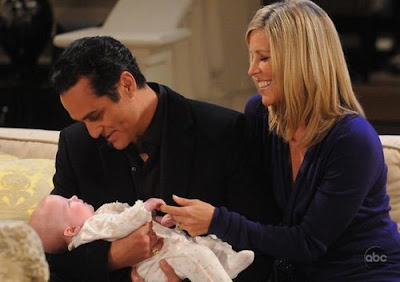 General Hospital stars Maurice Benard (Sonny) and Laura Wright (Carly) recently sat down with Michael Fairman to discuss what is happening in the lives of Sonny and Carly in the fictional town of Port Charles.

One interesting nugget I came across in the interview, is how Benard and Wright view the importance of the Corinthos family on General Hospital.

Fairman first brought up the subject by stating, "It feels with head writers, Jean Passanante and Shelly Altman, that the Corinthos clan have become once again this core central family unit of the show."

Wright responded by saying, "As they should be!" Benard took it a step further and declared, "It is the best family on TV daytime or primetime … and a much better family than on Blue Bloods!"

What do you think General Hospital fans? Are Sonny and Carly the heads of the new core family on GH? And what does this mean for the show?

You can read the full interview Here