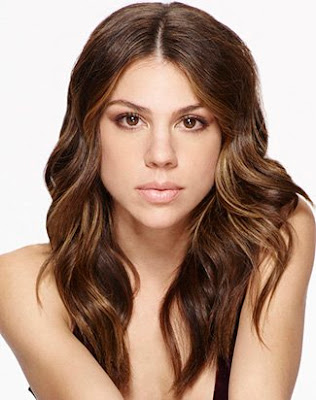 Actress Kate Mansi, who first appeared on Days of our Lives as Abigail Deveraux in March 2011, has vacated her popular role on the NBC soap opera. I first hinted about Mansi's exit in September, and reported in November that the performer slated to leave daytime was from Days of our Lives. I can now finally reveal the actress in question is Mansi.

Mansi's Abigail has been in a major frontburner story with Billy Flynn's Chad DiMera for months, as she gave birth to a baby boy while being held hostage by her boyfriend, serial killer Ben Weston (played by Robert Scott Wilson).

This week, look for Abigail to reveal to Chad that he is the father of her son Thomas.  Next week, Chad proposes marriage.

Although Mansi has finished taping, look for her to remain on air through at least May.

What does Mansi's exit mean for Chad and Abigail's future? Stay tuned!