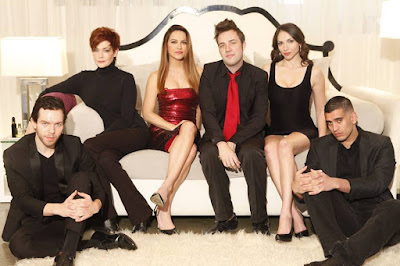 Christmas has come early for Youthful Daze fans. The new season of the popular web series is now available, although initially it was slated to be released in February. This season, a plethora of popular soap stars have joined the cast. Below is a list of new characters:

* Shane Edmundson, played by Guy Wilson (Will, Days of our Lives)

* Monica Reynolds, played by Melissa Archer (ex-Natalie, One Life to Live; ex-Serena, Days of our Lives)

* Eric, played by Bryan Dattilo (Lucas, Days of our Lives)

A Serial killer is on the loose in the new season, and no one is safe. Who will live and who will die? Stay tuned!

Youthful Daze is available at www.youthfuldaze.com.