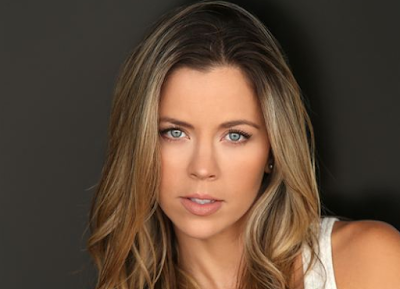 Colombian actress Ximena Duque has been cast on Days of our Lives in the role of Blanca and will first air in May, yahoo is reporting. Look for her to work with Galen Gering (Rafe), Camila Banus (Gabi) and Alma Delfina. Delfina has been cast as Rafe and Gabi’s estranged mother.

Duque began her acting career in 2006 with a starring role on Telemundo's hit Decisiones, which aired in the U.S. and Latin America. She then joined the cast of Pecados Ajenos and went on to star in five more telenovelas and television dramas for the network.

2013, she played the villain in Santa Diabla, followed immediately by the web series telenovela "Villa Paraiso."

Ximena was most recently seen in the Telemundo super series Dueños del Paraiso (Owners of Paradise) in 2015. In the midst of her booming career, the talented actress made her big-screen debut in the film Primero Enero, followed by a starring role in Morir Soñando, coming to theaters soon.