'General Hospital' Spoilers For February 15 2016: Elizabeth Learns the Truth about Hayden and Nikolas 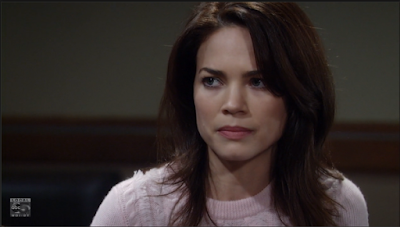 Today on the February 15 episode of General Hospital, Elizabeth (Rebecca Herbst) discovers that Hayden (Rebecca Budig) is now Mrs. Nikolas Cassadine. How will Elizabeth react to this unsettling news? At this same time, Nikolas (Tyler Christopher) is taking steps to uncover Hayden's secret past.

Things get serious for some #GH couples today.
Posted by General Hospital on Monday, February 15, 2016