'Days of our Lives': Vivian Jovanni and Kristian Alfonso Shine as Ciara Confesses Her Rape to Hope

By Unknown March 11, 2016
Vivian Jovanni and Kristian Alfonso Shine on Days of our Lives
By Carolyn LeVine Topol 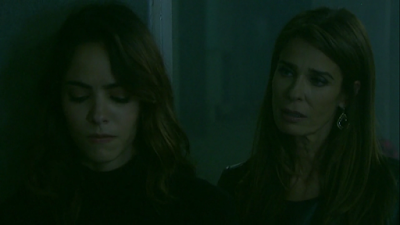 The March 10, 2016 episode of Days of Our Lives was extremely emotional as viewers finally witnessed the moment when Ciara (Vivian Jovanni) told her mother, Hope Brady (Kristian Alfonso), she was raped by her step-brother, Chase (Jonathon McClendon). As a trusted member of their household, the rape of one teen by another, presumed to be more of a brother than a boyfriend, shocked DOOL fans. The truth is, many sexual assaults are committed by people known to the victim.

After being summoned to a warehouse by her distraught daughter, Hope listened in horror to Ciara as she shared the horrible secret she had been keeping, while Chase remained bound to a chair looking on. Hope’s reactions cycled from shock, to panic, to realization, to anger — all evident, not only with words, but by the expressive and emotional performance of Kristian Alfonso. 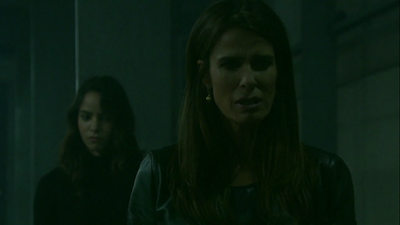 So many fans had been waiting for this moment and were given a good portion of payoff on this important and significant storyline. Once Hope finishes unleashing her anger, wrath, and disgust upon Chase, sending him off to jail, she becomes the mother Ciara now needs more than ever.

Although we did not get to see the difficult visit to the hospital, taken by mother and daughter, we learned of it, and all it entailed, in the intimacy of the Horton living room.

It was heartbreaking to listen to Ciara explain to Hope the primary reason she had not told her mother about the assault sooner. Ciara shared her feelings of self-blame. Despite the lack of surprise in this sad revelation, it was an important step. Vivian’s portrayal of the confused, hurt, and conflicted teen were truly emotional. Hope’s words of unconditional love and support were exactly what her daughter needed to hear, and believe, during the deeply meaningful and moving scene. 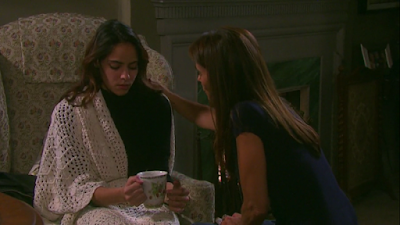 As a mother, I empathized with all of Hope’s inner turmoil, and admired her for not making the rape about her. She kept the focus and concern solely on Ciara and whatever she may need to move forward. Never once did Hope spew platitudes or clichés, but offered honest advice and open discussion that harmoniously blurred the lines of mother-to-daughter and woman-to-woman.

While DOOL’s audience suspected, for a few weeks, that this horrible act would go on to a point the viewers no longer felt its intensity, it was handled extremely sensitively, honestly, and in a timely manner. The poignant scenes between Hope and Ciara had many viewers, myself included, reaching for the tissues. Kudos to Days of Our Lives for handling Ciara’s rape storyline respectfully and even greater kudos to Kristian Alfonso and Vivian Jovanni for their incredibly sensitive and nuanced performances.