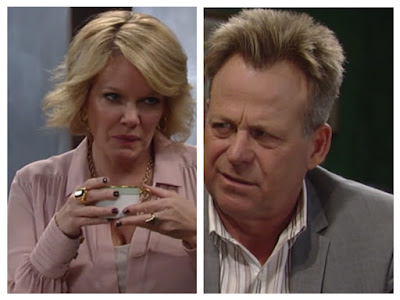 Today on the March 30 episode of General Hospital, Ava (Maura West) wants to know if Julian (Willian deVry) has come up with a solution to her problem, while Franco (Roger Howarth) asks Scotty (Kin Shriner) if he is living with Ava.

Meanwhile, Morgan (Bryan Craig) tells Michael (Chad Duell) he is broken inside and can’t be fixed.

Elsewhere, Carly (Laura Wright) wants to know what Sonny (Maurice Benard) will do to Carlos (Jeffrey Vincent Parise) if he brings him back to town.

You can watch a sneak peek below

It's hard to put the pieces back together when you're broken. Today on #GH.