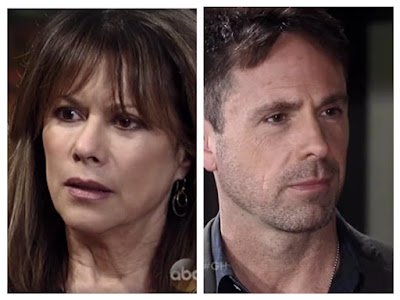 General Hospital has released its newest promo for the week of March 28, 2016, and Kristina (Lexi Ainsworth) asks Alexis (Nancy Lee Grahn) the question, "Would it be so bad if I'm gay?"

Meanwhile, Elizabeth (Rebecca Herbst) slaps Hayden (Rebecca Budig) across the face, while Hayden reminds an indignant Nikolas (Tyler Christopher) he tried to have her killed.

Elsewhere, Nina (Michelle Stafford) realizes that Julian (William DeVry) is the one out to destroy Crimson.


All secrets are deep. Some become dark. This week on #GH.
Posted by General Hospital on Monday, March 28, 2016