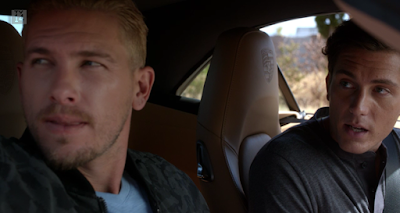 Meanwhile, Ahsha (Taylour Paige) and Sloane (Kimberley Elise) are in a race against time, and each other.


Watch a sneak peek below:

When Sloane is taken into custody for Olivia's murder, Ahsha tries to convince German to turn himself in.