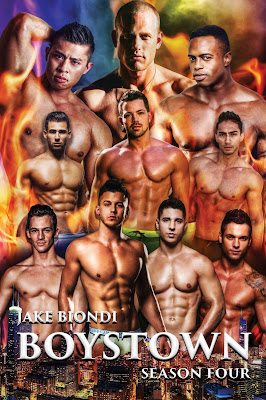 “I’m so excited to be bringing my ‘BOYSTOWN’ series to an entirely new audience,” author Jake Biondi shared. “So many people prefer to listen to books in their cars or on their phones at the gym. We are a multi-tasking culture and now ‘BOYSTOWN’ is becoming a part of that lifestyle.”

Biondi reviewed auditions of over twenty five potential narrators from across the country who applied to narrate the ‘BOYSTOWN’ series. After reviewing all the initial auditions, Biondi invited five actors to submit a second audition recording. From those submissions, he ultimately selected actor Sean Michael Ryan to narrate the series.

“As soon as I heard Sean’s voice, I knew I wanted him to be the voice of ‘BOYSTOWN,’” Biondi explained. “He has such a comfortable, conversational style that makes you feel like your best friend is telling you a compelling story. And once I got to know Sean, I couldn’t wait to officially welcome him to the ‘BOYSTOWN’ team.”

“I was thrilled and honored to be chosen as the voice for this series,” Ryan said. “Knowing the potential impact of this series makes me being selected even more special. I’m very much looking forward to making Jake’s words come to life.”

Within the next couple of months, readers from all over the globe will be able to download and listen to the entire ‘BOYSTOWN’ series. The first book in the BOYSTOWN series is now available on audio book through amazon.com, itunes, and audible.com -- and the next three ‘BOYSTOWN’ books will be available on audio book in the very near future. Fans may also access the audio books directly through BoystownTheSeries.com and JakeBiondi.com. 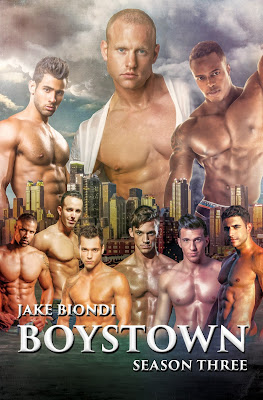 “BOYSTOWN is a must-read series filled with twists and turns that everyone will love,” said BOYSTOWN model team co-captain Cory Zwierzynski. “I was so grateful when Jake Biondi asked me to join the BOYSTOWN team. As one of the original team members, I have watched the BOYSTOWN audience grow with the release of each installment of the series. Now we are working to transition the book series to television, where it belongs. BOYSTOWN will make a fantastic TV series because it presents a diverse group of characters that appeal to a wide reading and viewing audience.”

Biondi added, “I am so grateful for my readers and their positive response to the series. I regularly receive notes from fans who are connecting with the characters and want to know what the future holds for them. The broad appeal of the book series is incredible. ‘BOYSTOWN’ has a really diverse audience.”

The ‘BOYSTOWN’ series has a fascinating history. It began as an online story released in installments, each ending with a cliffhanger that left readers wondering what would happen to their favorite characters. Enthusiastic ‘BOYSTOWN’ fans from all over the world petitioned Biondi to release the installments more quickly; they simply couldn’t wait to find out what happened next. Overwhelmed by and grateful for the fans’ responses to the series, Biondi began to write more quickly. 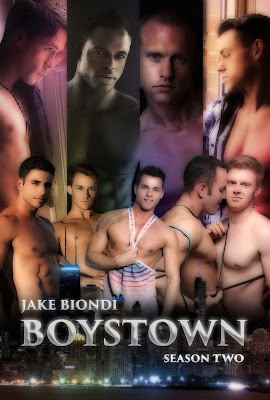 Biondi is currently working with two television producers who are interested in bringing the ‘BOYSTOWN’ series to television. Biondi remains optimistic that fans all over the world will soon be able to watch their favorite ‘BOYSTOWN’ characters in action on television.

For additional information or to schedule an interview with author Jake Biondi, please email him at BoystownTheSeries@yahoo.com.