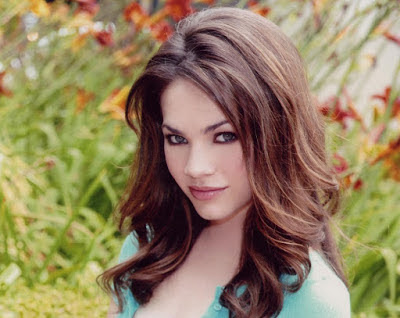 TV Insider is confirming that Rebecca Herbst has signed a multi-year deal to continue in the role of Elizabeth Webber on General Hospital.

"I felt so bad that I couldn’t interact with the fans and answer all their questions, but you’re not allowed to talk when these contract things are going on," Herbst explained. "That’s just the way it is. There was a lot of speculation that I was unhappy at GH, which was never the case. I love my job. I love the people I work with. By not saying something, I was kind of making it worse. It was so hard keeping quiet."

"When you work together with a company for this long of a period you become a family, and from that you fight like family," Herbst continued. "And we did fight! But a good thing came out of this. [Executive producer] Frank Valentini and I had a lot of heart-to-hearts, and I have a newfound respect for him and for how much he loves the show. I walked into his office thinking nobody could love GH as much as I do, but I can see that he really, honestly, wants this show to do well. And he got to know me a little better, as well. We can now see where the other is coming from, and we had never had that opportunity. We’d never had that kind of a meeting. So that was awesome."