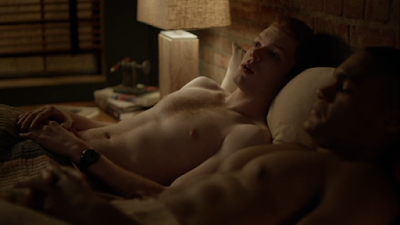 In the episode, titled "Be A Good Boy. Come For Grandma," Ian meets Caleb's friends, and later they both reveal secrets that they have been keeping from each other.

Meanwhile, Fiona (Emmy Rossum), now living with Sean (Dermot Mulroney), attempts to get his son, Will, to like her. He slowly starts to come around, but when Will snags a gun from Carl (Ethan Cutkosky) at the Gallagher house, Sean catches him and is furious with Fiona, worried he’ll lose custody.

Watch a sneak peek below