'The Young and the Restless' - Do Sharon & Nick Have a Chance?

on March 03, 2016
The Young and the Restless - Do Sharon & Nick Have a Chance?
By Carolyn LeVine Topol 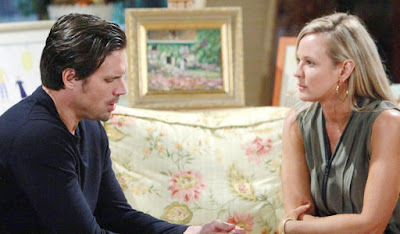 There are many couples on soap operas who are destined to be together no matter what obstacles they face. Some of these couples have demonstrated this by marrying, divorcing, reigniting the flame, and marrying each other repeatedly. The Young and the Restless is not immune to this pattern, and I, for one, am grateful.

When two young people bond, form friendships, and ultimately fall in love, especially during their teen years, it’s hard to resist routing for them. This concept goes back to feelings stirred by Romeo and Juliet — but we desire the happy ending Shakespeare didn’t afford us. 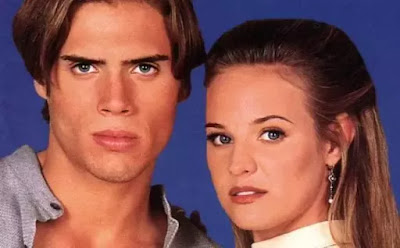 The Young and the Restless viewers will recognize the characters who make up the couple I’m eluding to — Nick Newman and Sharon Collins (Joshua Morrow and Sharon Case). These two captured our hearts as star-crossed lovers from opposite sides of the proverbial track. After finding one another, battling all odds to marry, and repeatedly facing seemingly insurmountable tragedies and obstacles, they succumbed to divorce.

Fortunately for Y&R fans, Nick and Sharon never seem to completely leave each other’s orbit. This is partially due to their need to co-parent their children, Noah and Faith (Robert Adamson and Alyvia Alyn Lind), and partly due to their undeniable attraction. The chemistry between these two actors permeates every scene they are in together. Thankfully, viewers have not had to endure any recasts for Nick or Sharon, adding to the apparent never-ending connection between the couple.

Recently, the Y&R audience has watched Sharon and Nick team up to solve the mystery of Dr. Sandy Anderson (Elizabeth Bogush). Working in tandem clearly brought the pair closer than they have been in a long time.

Even as Nick intends to proceed with a plan to adopt a child with his wife, Sage (Kelly Sullivan), we see him relying on Sharon for support. Sharon endorses Nick’s wonderful parenting skills to the prospective birth mother while inadvertently ignoring Sage’s attributes—the perfect example of a Freudian oversight. 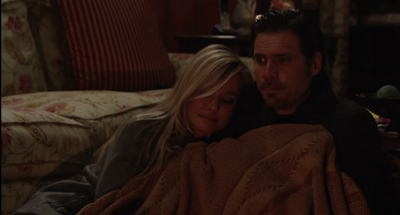 Viewers recently got an added treat—during a terrible storm in Genoa City, Nick and Sharon were stranded in Sharon’s home and had to snuggle under blankets, in front of a roaring fire, to stay warm. Neither seemed to find this awkward, or inappropriate, until Sharon’s current husband, Dylan (Steve Burton) walked in, clearly taken aback by the intimate scene.

Recent trouble for Noah has brought Sharon and Nick even closer. The writing is not only on the wall, but a virtual billboard screaming for attention. Fans of Sharon and Nick, known by the portmanteau, “Shick”, appear destined for another go-round.

Can The Young and the Restless viewers hope Sharon and Nick will ultimately remarry? Only time will tell, but I’m counting on seeing this pair walk down the Genoa City aisle once again. Will it be the last time? That’s the million-dollar question. Sharon and Nick have many years ahead to sabotage their expected reunion. Let’s enjoy the moment, as we see these two slowly make their way back together… again.

Carolyn LeVine Topol regularly contributes television and web series features to Serial Scoop. Having always dreamed of writing her own version of The Great American Novel, it took her many years to discover her most heartfelt stories took their form in the creation of LGBT romances. Carolyn had one lesser-known passion, her dedication to all things "soap opera". Starting as a child with "Dark Shadows" and "Secret Storm", Carolyn has found a way to keep up with nearly every soap, on every network over the past 45 years!
Carolyn LeVine Topol CBS Daytime Joshua Morrow Sharon Case The Young and the Restless