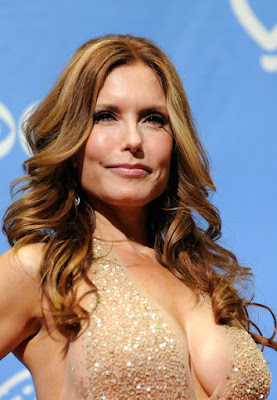 The Young and the Restless star Tracey Bregman is caught up in her own real life soap opera, TMZ is reporting.

According to legal docs obtained by TMZ, Bregman's boyfriend, Brian Landow, got a restraining order against her 19-year-old son, Landon.

Brian says Landon pulled a gun on him and has threatened to kill him multiple times, and that the teen hid panties in Brian's car and dumped cocaine in his coffee.

The two are set to go to court later this month.