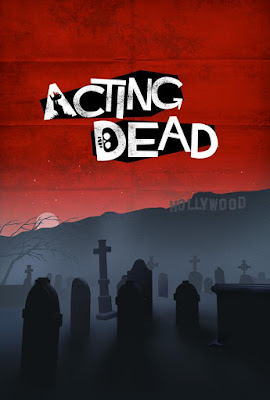 Acting Dead tells the story of Tate Blodgett (Brian Beacock), a down on his luck, unemployed actor, who after being turned down for role after role, decides to take his career into his own hands, and becomes a Zombie, simply so he can finally get work in the many Zombie movies and television shows. Along the way, he meets Alex Carboneux (Jillian Clare), a former child star, who's temper has stalled her career, until she also decides to take matters in her own hands, which doesn't turn out so well either.

Acting Dead is a semi-dark comedy about Zombies, set in the world of Hollywood. Funny, quirky and weird, Acting Dead has brains and an appetite for sarcasm and satire. Imagine Arrested Development meets Shawn of the Dead with an occasional shout out to Romero. It's fast paced and smart, and so ridiculous you're sure to have the time of your afterlife. For social media updates follow @ActingDead on Twitter or "Like" them on Facebook http://facebook.com/actingdead. To view the series in it's entirety, visit http://actingdead.com