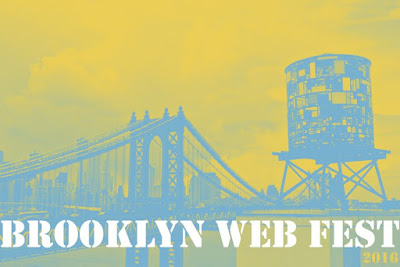 Go Team Entertainment has announced that Brooklyn Web Fest and Content Creator Conference will return to the Made in NY Media Center in DUMBO, Brooklyn this October, showcasing the best independent storytelling the web has to offer. “Season 2” of the festival aims to bring together internet innovators and industry influencers to share knowledge and forge professional relationships through a series of panels, educational workshops and networking events.

The winning series will receive meetings with the entire 2016 Executive Board, which includes representatives from the top digital networks, MCNs, advertising agencies and distributors.

Press partners who have agreed to feature the winning series include Indiewire, Tubefilter, Televisual, Snobby Robot, Serial Scoop and the Indie Series Network. Additional board members will be announced in the months leading up to the festival in the BKWF newsletter.

Submissions are open to all web series creators worldwide at www.brooklynwebfest.com, with the regular submission deadline set for June 15 and the extended deadline set for August 15, 2016. In addition to screenings and networking events, the festival will feature a series of panels and educational workshops covering subjects including fundraising, production, distribution, marketing, PR, monetization and more. 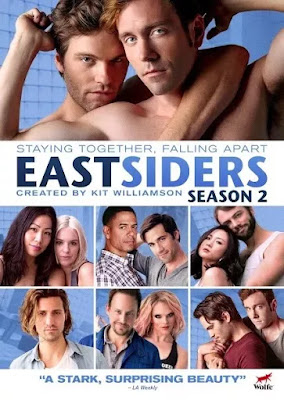 Festival co-founder Kit Williamson says “We want to provide real connections for our content creators, and connect them with development and acquisitions executives at top companies.” Williamson is the CEO of the web series PR firm and production company Go Team Entertainment and the creator of the acclaimed LGBT web series EastSiders, which has partnered with Wolfe Video to broker distribution deals with Vimeo, Amazon, Hulu, Logo and Fullscreen.

Additional awards include a spotlight at the DaF Comedy Festival, and special awards for Outstanding Pilot Premiere and projects Made in NY. In addition to an Audience Award, awards will be presented for best directing, cinematography, writing, editing, actor, actress, supporting actor, supporting actress, ensemble, drama, comedy and overall best series. The best series award winner will also automatically be considered for the Indie Series Awards in Los Angeles.

To submit a web series, volunteer or apply to speak at the Content Creators Conference, please visit www.brooklynwebfest.com. Stay updated on the festival through their official newsletter or by following them at facebook.com/brooklynwebfest and on Twitter @BrooklynWebFest. To learn more about Go Team Entertainment visit www.goteamentertainment.com