'Days of our Lives' Promo: Will Abigail Set Ben on Fire? 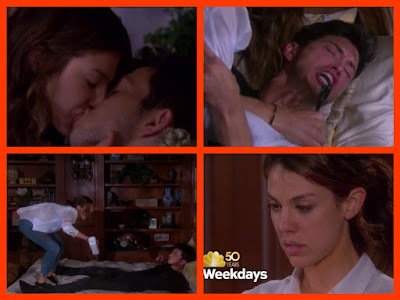 Days of our Lives has released its newest promo for the week of April 4, 2016, and it looks as though poor Abigail Deveraux DiMera (Kate Mansi) has lost her mind!

Ben (Robert Scott Wilson) wants Abigail all to himself, but she isn't going to let that happen!

Abigail attempts to seduce Ben, but uses it as an excuse to get him to her bed--to set him on fire!

Ben doesn't think she will do it. Will she?

You can watch the promo below