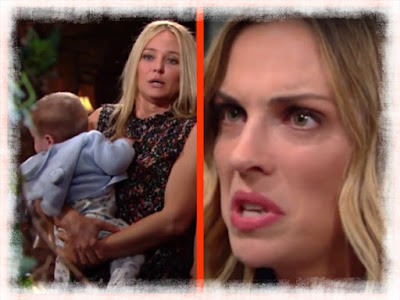 Check out the weekly spoilers below to find out what's happening on CBS soap opera The Young and the Restless during the week of April 25, 2016.

* Hilary (Mishael Morgan) blackmails Neil (Kristoff St John) to convince Jack (Peter Bergman) to keep her on the foundation board.

* Victor quizzes Meredith (Alicia Coppola) about her past.

* Sage realizes nurse Angela was with Sharon when Sully was born.

* After talking to Patty, Sharon learns the truth about Sully.