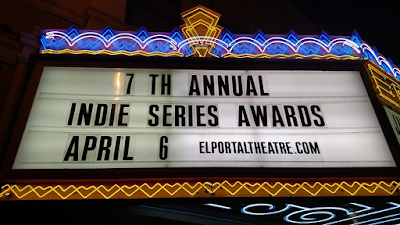 The ISAs celebrate the best in independently produced scripted entertainment created for the Web.

On the comedy side, acting winners included Melissa Archer (Viral), Keith Powell (Keith Broke His Leg), Darcie Siciliano (He's With Me), Brennan Murray (The New Adventures of Peter and Wendy), Stephen Guarino (Life's a Drag) and Cady Huffman (He's With Me). Hunting Season won as the best comedy ensemble.

LARPs and Winterthorne led all series with three awards each, followed by two wins ech for The Bay, The Banks, He's With Me and Keith Broke His Leg.

In all, there are 56 Nominated Series from around the globe: United States, Canada, United Kingdom, France, Switzerland, Norway and Singapore. 22 series took home at least 1 award during the ceremony.

Since 2009, the Indie Series Award has honored the most creative and progressive talent in independent web series.