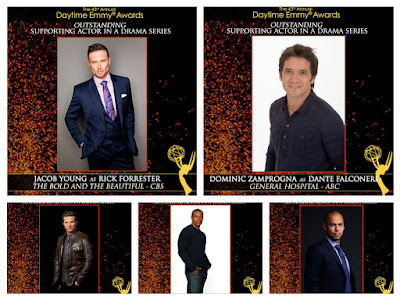 Five actors will compete for Outstanding Supporting Actor in a Drama Series at the 43rd Annual Daytime Emmys tonight.

Below are clips of their nominated performances, and my predictions on who "should" and "will" win:

Will Win: Jacob Young, The Bold and the Beautiful
Should Win: Dominic Zamprogna, General Hospital