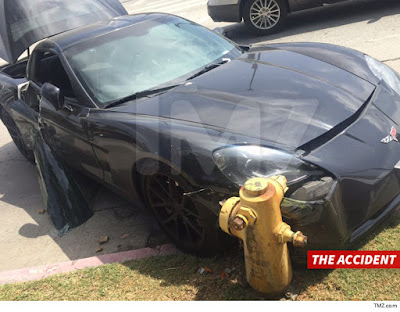 You win some and you lose some! General Hospital star Bryan Craig won a daytime Emmy award for his role of Morgan Corinthos, but then he crashes his Corvette into a fire Hydrant!

According to TMZ, Craig was driving on Wednesday when a woman in a Jeep ran a red light, causing him to veer off the road.

The woman stuck around and exchanged information with Craig, who was feeling the pain today after suffering some bumps and bruises.