'General Hospital' Promo: When You Marry the Mob, Loyalty is Everything 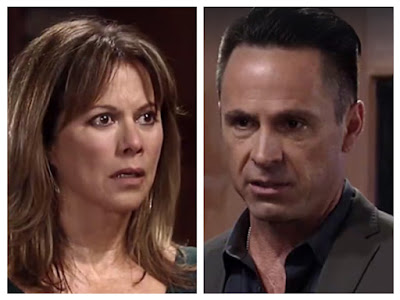 ABC has released its latest promo for General Hospital, and Alexis learns from Julian when you marry the Mob, loyalty is everything!

Alexis isn't thrilled with covering up his crimes and tells her  husband, "You can either have me, or you can get away with murder."

Later, Julian warns a shocked Alexis, "Til death do us part, I meant every word."