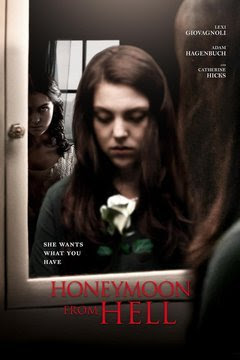 While honeymooning in South Carolina, Julia (Giovagnolia) and Rivers (Hagenbuch) McCoy are terrorized by an unknown assailant when they are stranded at a bed & breakfast during a hurricane. Are they victims of an elaborate prank, or is someone—some thing—after them?