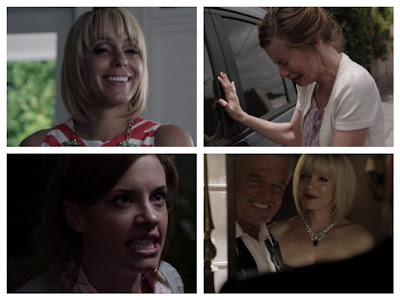 Kate Stenson (Burnett) dreams of an enviable life as the quintessential Southern Belle. She marries Ken Burnett, the son of the town's powerful Mayor - a controlling father (Wise) who will do anything to protect his position. Kate has two children with Ken - a biological daughter, and an adopted son, named Logan.

But Kate's seemingly perfect lifestyle begins to fray at the edges as she discovers that Logan suffers from severe mental health issues. Kate's journey to uncover the true story of Logan's past reveals a dark secret that can destroy the entire Burnett legacy. As Kate investigates - with the aid of a new friend - to unmask the history behind Logan's illness, these unimaginable family secrets surface, putting her in unforeseen danger. Zucker plays the alluring Maureen in the film.

Shattered was directed by Natasha Kermani, and written by Paul Leach, and Nicholas Celozzi.

You can learn more about the movie on its official facebook page, here