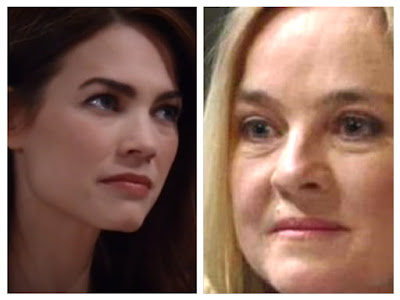 Tomorrow, on the December 21, 2016 episode of General Hospital, Elizabeth visits that wacky Heather Webber in prison. "Why would Elizabeth Webber come and visit me," Heather asks Elizabeth. That's a good question!

Meanwhile, Tom Baker has turned the tables on Franco and tells him, "Every dog has his day." He then proceeds to bark at Franco. I can't make this stuff.

Elsewhere, Julian gets a surprise visitor. "The boss has plans, and you're a vital part of them," Julian is told.

In happier news, Carly escorts Sam to her surprise baby shower. Since Alexis is one of the guests, I hope they aren't serving alcohol!