Tuesday on 'The Bold and the Beautiful' 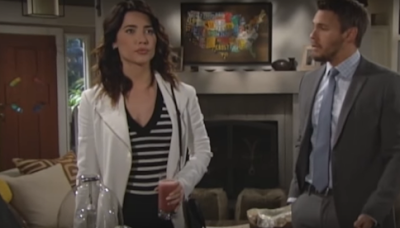 Tomorrow, on the December 13, 2016 episode of The Bold and the Beautiful, Liam tries to talk Steffy out of accepting Quinn's offer at Forrester Creations.

Later, Liam tells Bill that Quinn is continuing her quest to reunite Wyatt and Steffy.

Elsewhere, Ridge tells Rick that he should be the CEO of Forrester and not his daughter.

Finally, Eric makes a major announcement on his first day back at the office.

You can watch a sneak peek below.