'Days of our Lives' Preview: Eric Is Back and Dario Wants Deimos Dead 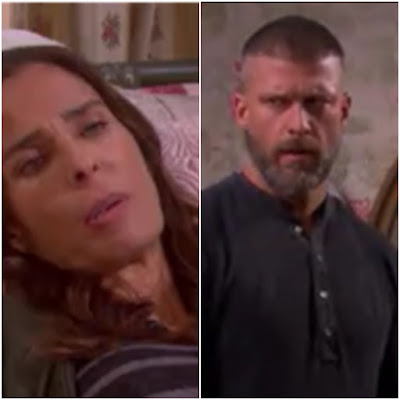 The latest NBC promo for Days of our Lives reveals that Eric is back and taking care of an injured Hope. She asks Eric, "How did you get out of prison?"

Meanwhile, Nicole and Deimos are getting married, but Dario is against the union. "Stay away from Deimos," he tells her.

Later, Dario makes it clear he has a good reason for wanting Nicole to break away from Deimos when he tells a mystery man, "I want him dead by tonight!"

Watch the promo below:

Days of our Lives airs weekdays on NBC