We Will Miss Dylan on 'Y&R' Who Would Have Guessed?

on January 18, 2017
Exit storyline for Burton adds layers to a once bland character
By Mark Harding 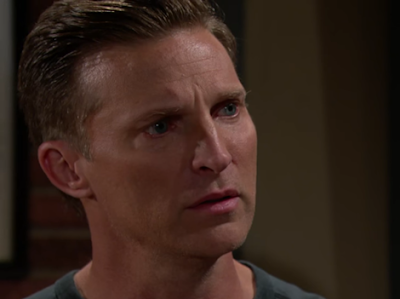 It has been widely reported that Steve Burton opted to not to re-sign his contract with the Young and the Restless, citing a desire to be closer to his young family in Nashville. Correspondingly, Y&R will somehow lose the character of Dylan in January.

It’s fair to say that few characters have been more maligned than Dylan. Many fans were suspicious of his initial hiring (his close ties to the then-Executive Producer were widely known), fearing cronyism rather than talent got him the job. Further concerns about Dylan emerged when his character was written as flawless, noble, and ever-suffering. And the concern-o-meter reached the red zone when a couldn’t-have-happened retcon suddenly made Dylan the bio-child of Y&R’s Paul and Nikki. (It couldn’t have happened because Nikki never left the canvas, and we saw that she wasn’t pregnant). This seemed like a calculated move to cement Dylan forever to a core family.

Dylan’s paragon status was not helped by story after story in which he could do no wrong. A wounded warrior with significant PTSD, he lost woman after woman. Chelsea deceived him into thinking her baby with Adam was his. “Soulmate” Avery had turned to Dylan’s brother Nick (and later left town without him). He entered into a relatively chemistry-free marriage with Sharon, again deceived when Sharon first didn’t tell him they’d lost their unborn child, and later when she realized that her subsequent child (Sully/Christian) was not really his. Moreover, Sharon was consistently off her meds and a fidgety mess. In the midst of all this, he became an insta-cop, so that he could further serve as Genoa City’s Dudley Do-Right. 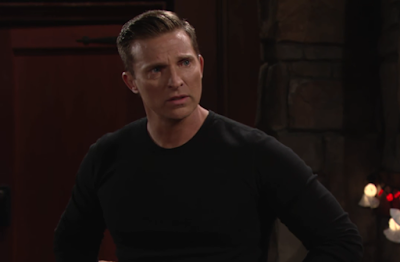 Burton began to shine, however, in the aftermath of losing Sully. His pain was palpable – red eyes, grave face – he looked like a wreck. Literally on the outside looking in (at the Newman ranch), as Nick and Nikki cooed over a son Dylan could no longer see, it was hard to not to finally feel something for Dylan. And now, there is another interesting twist.

The story Dylan is currently involved in is not, in itself, inspiring. In some kind of homage to Miami Vice, Dylan is wearing a fade haircut and a goatee, and short sleeved shirts that highlight his impressive biceps (way to go, SBu!). Y&R writers have cleverly extended the emotional weight of the story by having the folks back home (Sharon with Mariah, Paul, Kevin, Nick, and even Faith, Nikki with Paul, Nick) worry about Dylan and react to his disappearance. If they care, it helps us to care. 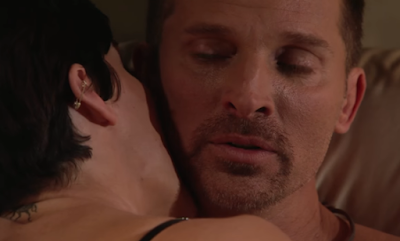 More importantly, the story has done the unexpected. The golden son has been burnished with a touch of tarnish. In a lame twist, a lady-mobster, Alex, forced Dylan to have sex with her in some kind of loyalty test. Dylan, visibly perturbed, acquiesced. Burton clearly telegraphed self-loathing. But more important, he is Dudley Do-Right no more! Even if for good reasons (saving the mission and saving his life), Dylan has fallen off the pedestal. He’s done a “wrong” thing. These are the kinds of moral dilemmas that add shades of grey to a character, and engage the audience. Finally!

Alas, just as Dylan gets interesting under the skilled pen of new writers, we’re about to lose him. Moreover, it seems almost certain that Y&R has to “kill” Dylan so that Sharon can move on. And for the first time since his debut, losing Dylan feels like a darn shame! Finally, there is more story to tell.

This is the mark of a successful exit. The audience will be left actually wanting to learn more about the evolution of Dylan. Hopefully, some day, that may happen.