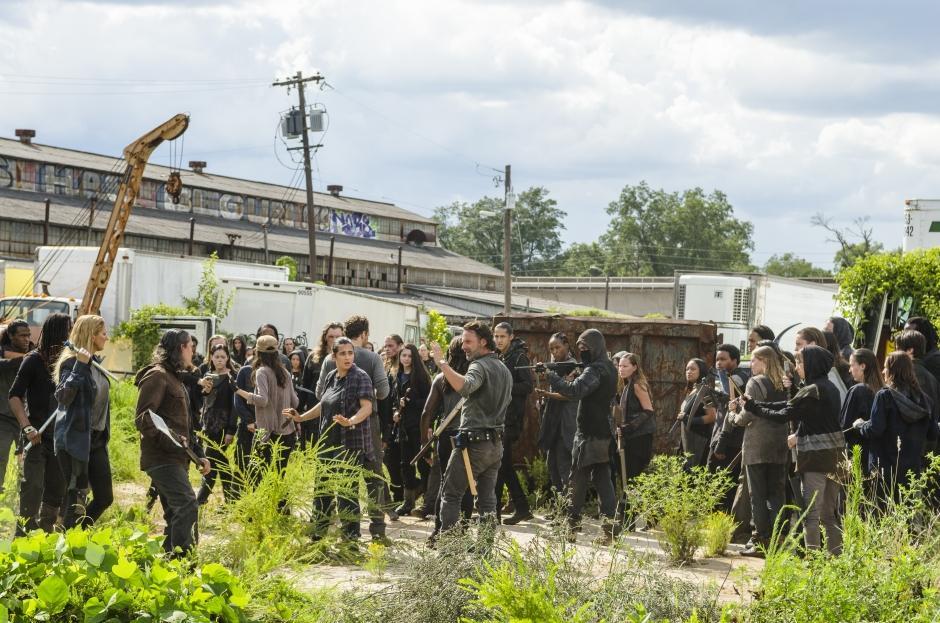 "Whether you consider The Walking Dead a survivor or an empire, it is gratifying to see the show return with such a big bang, and not just in theory - ratings increases from December's finale in an environment in which growth, when measured and reported, can feel like something of a stranger thing," said Charlie Collier, president of AMC, SundanceTV and AMC Studios. "This is us on Sunday nights, going up against the best of television, the NFL, NBA and big-ticket special events like this week's Grammys, and yet Gimple and Kirkman are still holding the crown. Thanks to the modern family that gives voice to this remarkable show, #1 on television for five years in a row and, with that said, it's actually a franchise we are running and evaluating far beyond weekly Nielsen report cards. To take a shorter-term view of The Walking Dead would be scandal."