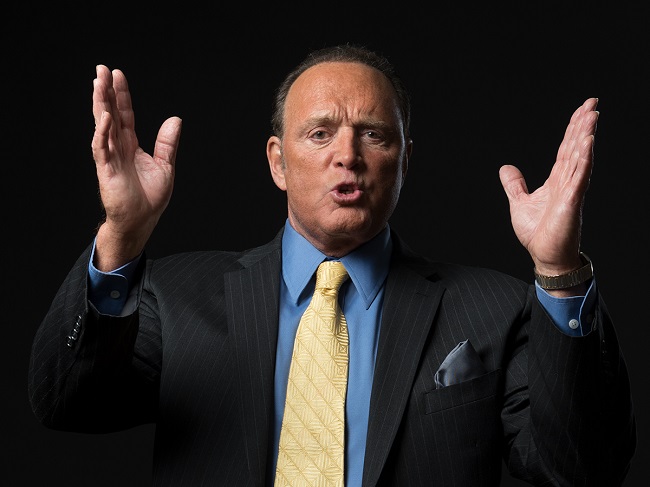 Actor and artist James Kiberd is best known to soap opera fans for his 11-year stint as Trevor Dillon on ABC's All My Children. That followed a memorable run as Mike Donovan on Loving, and a few months as Dustin Trent on NBC's Another World. Following All My Children, he stepped in for a time as Hal Munson on CBS' As the World Turns. In addition to his work on daytime dramas, Kiberd is a talented artist and stage performer. He was named Best Actor earlier this year at the 2017 Midtown International Theater Festival for his portrayal of Big Jim in "The Crusade of Connor Stephens," a new play written and directed by Dewey Moss

In "The Crusade of Connor Stephens," extreme loss shakes a Texas family as it comes to terms with a tragic act of violence. In the midst of widespread media attention, their story becomes an allegory for the national debate over religion, tolerance and the seedlings of hate. With humor and resilience, they will confront the ghosts of the past and discover the brutal universal truths that define the American family in the 21st century.

In the latest episode of Serial Scoop Now (2.19), the multi-talented Kiberd talks about his time on soaps and his latest stage role. Watch below.

"The Crusade of Connor Stephens" will begin an open-ended run at Off-Broadway’s Jerry Orbach Theater at The Theater Center on June 17. Opening night is scheduled for June 26.

For more information on "The Crusade of Connor Stephens" or to purchase tickets, visit thecrusadeofconnorstephens.com.