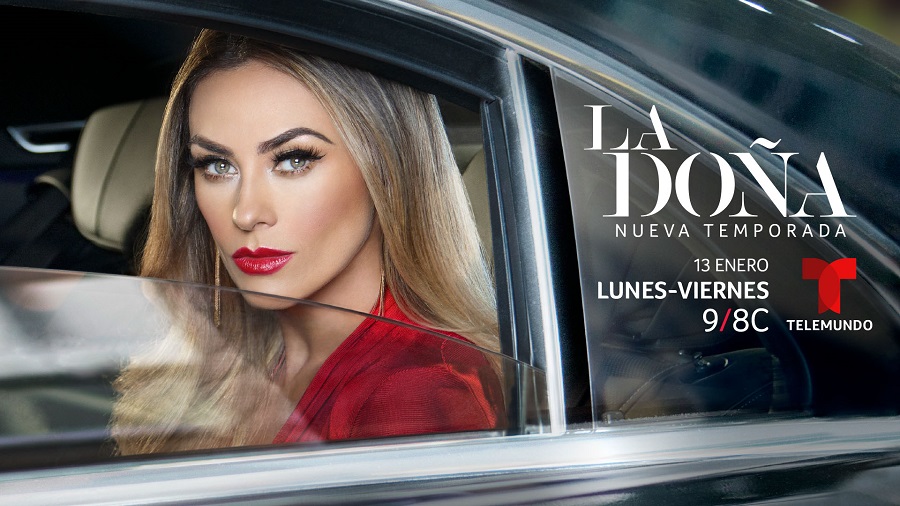 The new season of La Doña premieres Monday, January 13 at 9 p.m. ET/PT on Telemundo. Shot in Mexico and Brazil, this season marks the return of superstar Aracely Arámbula in her iconic role of Altagracia Sandoval, joined by a star-studded cast including Carlos Ponce, David Zepeda, Maricela González, Kika Edgar and Danna Paola.

The electrifying and action-packed drama picks up two years after the first season finale when everyone thought La Doña was dead, but she was far from it. Now, Altagracia Sandoval is back stronger than ever, focused on taking back what belongs to her and seeking revenge against those who wronged her and her loved ones. Many tragic events will impact Altagracia upon her return, but nothing will stop her from seeking her own justice.