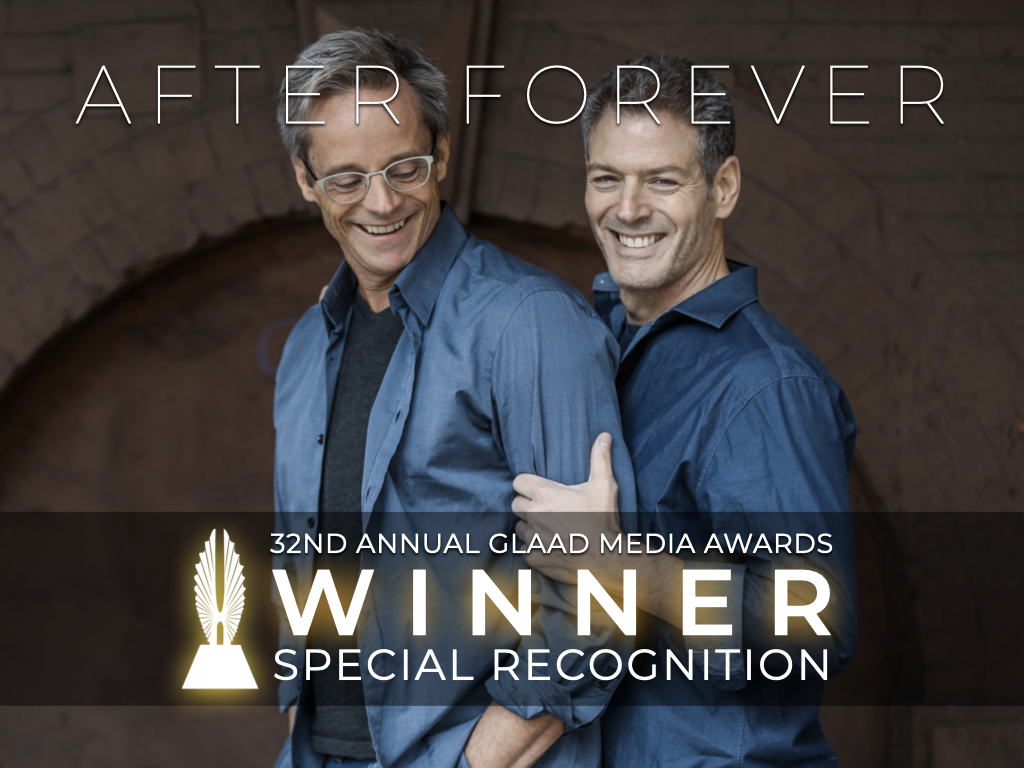 The GLAAD Media Awards announced After Forever is one of eight recipients of their Special Recognition Awards. Co-Creator Kevin Spirtas shares, “After Forever is honored to receive this special recognition from GLAAD. As an independently produced series featuring a story about love and loss for gay men over 50, we enthusiastically share the mission of honest LGBTQ portrayals in the media. This award could not have come at a more sensitive time for us, after losing my co-creator/writing partner, Michael Slade, to cancer just prior to the New Year. Our desire to continue telling these stories is now stronger than ever.”

After Forever was named Best Drama Series at the Indie Series Awards in June and received two nominations from the Queerties earlier this month.After releasing two seasons of the series, producers put Season 3 on hold when the pandemic hit to release a remotely produced documentary-style special “Riley's Unforgettable School Project” (Release attached). The producers plan to resume production on Season 3 once it's safe to do so in late 2021.After Forever is the recipient of 6 Daytime Emmys including Outstanding Digital Drama Series, Outstanding Writing for a Digital Drama Series, Outstanding Directing of a Digital Drama Series, Outstanding Actor in a Digital Drama Series, and Outstanding Supporting Actress in a Digital Drama Series. To date, After Forever is the most Emmy-awarded LGBTQ-themed drama series on any platform.Seasons 1 & 2 were both nominated for the Writer's Guild of America award for Original Short Form New Media. The series has received rave reviews for telling the rarely seen story of vibrant, active, diverse “grown-up” gay men… a group who, like women, tend to disappear from television and film once they are no longer 20- or 30-something, not returning until they are elderly and non-sexual. It also received kudos for its unflinching honesty in dealing with loss, while still maintaining a sense of humor and of hope for the future, and its ability to touch a wide audience.
For additional information, visit AfterForevertheSeries.com