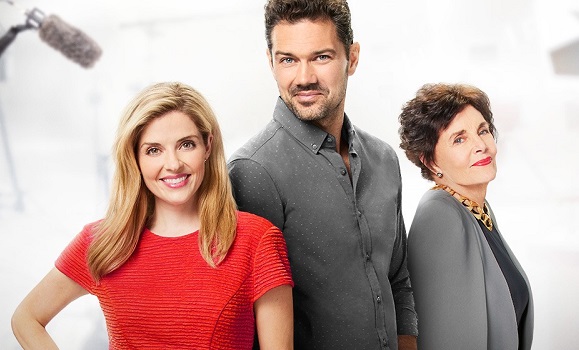 In A Little Daytime Drama, Maggie (Lilley) is the head writer on a daytime soap drama whose declining ratings leave it in danger of being cancelled. Alice (Dano), the creator and producer of the show, wants to retire and hopes to pass the baton to Maggie. Wanting to boost ratings and save the show, Alice plans to bring back fan-favorite actor Darin (Paevey)…who also happens to be Maggie’s ex-boyfriend. When Darin exited the show to star in an ill-fated play, their relationship ended on a sour note, so Maggie wrote out his character. Now, she must convince Darin to return. Will they be able to set aside their old, hurt feelings and work together to save the show, and their careers, in the process?

Check out a sneak peek below.

A Little Daytime Drama is from Two 4 The Money Media Inc. Kim Arnott and Ivan Hayden are executive producers. John Prince is producer. Matthew Willis is associate producer. Heather Hawthorne-Doyle directed from a script by Sandra Berg and Judith Berg.